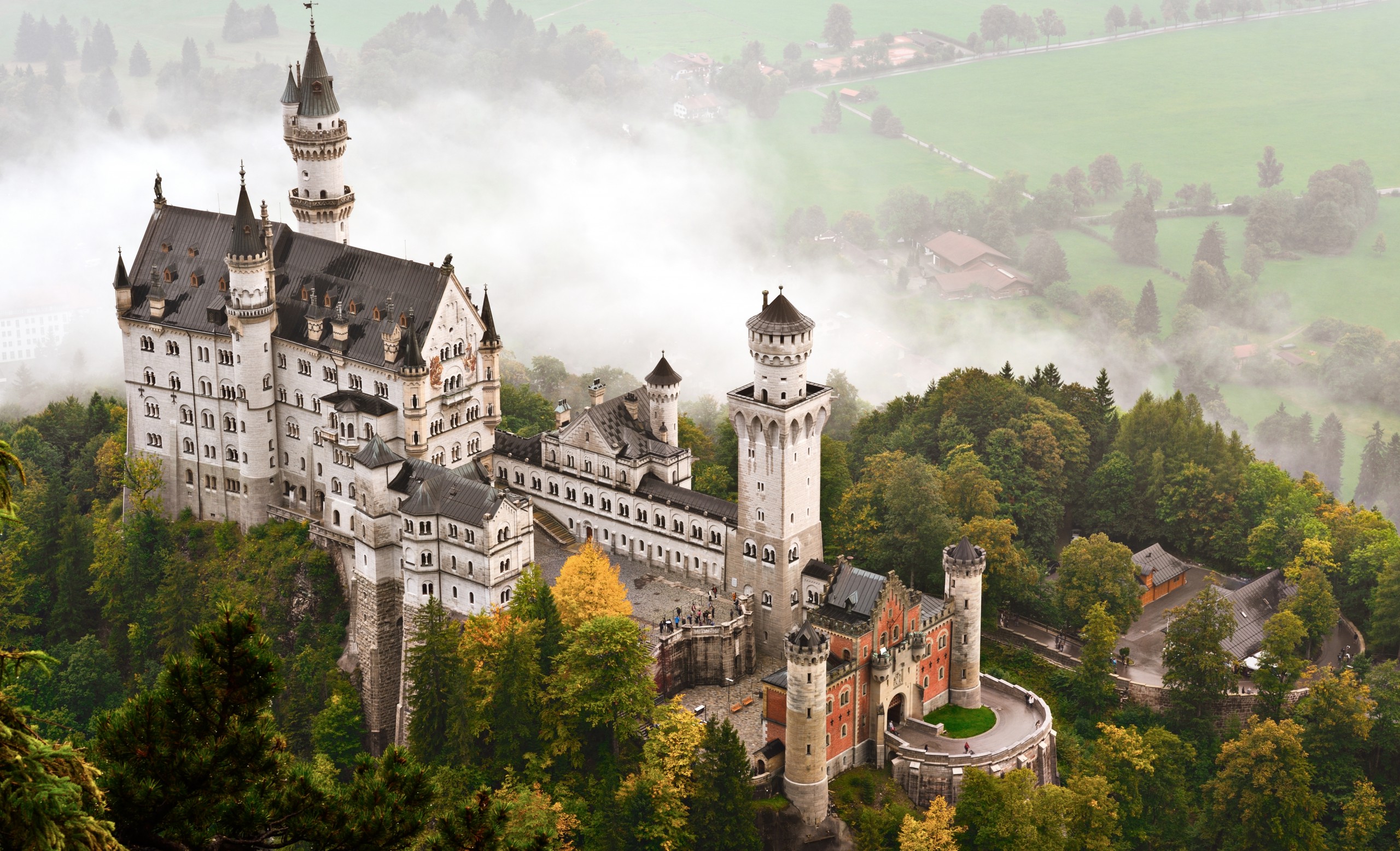 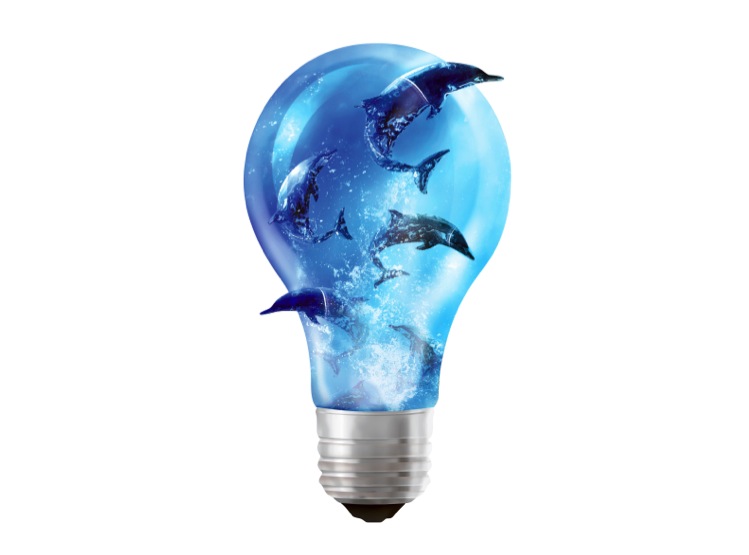 The argument as to whether leadership is inborn or an acquired trait once used to lean on speculations supporting the former but it no more constitutes a ruminative debate as ample evidence has emerged in the last decade to corroborate the construct that it is an attribute that can be learnt. Let us pick up some cues from the ensuing dolphin analogy. Are dolphins friendly to human beings? It certainly appears so. Take a look at a bottlenose dolphin and they appear to be laughing at all times but it is a remarkable evolutionary design that they have been endowed with a pleasant shape of the mouth, which isn’t so ferocious looking as compared to the vicious hyenas. Dolphins, whether they are happy or sad retain the grin.

Dolphins are mammals, use their lungs to breathe, give birth to their young as against laying eggs, they are warm-blooded, have mammary glands to produce milk for their offspring and are  sociable but there ends the similarity that bear equivalence to human beings. It would be a myth and our erroneous perception to construe that dolphins are gregarious and that they easily form bond with human beings. Yes they do form a bond in controlled conditions but this is after some arduous training.

Incidents are reported about their altruism in terms of saving human beings from shark attacks or prevent people from drowning by escorting them to the shore etc. but these are not well substantiated. Dolphins are incredibly curious hence circle human beings in the wild and are not reticent to engage in contact with humans to explore their curiosity. Under intense training they do form emotional bonds with their trainers or researchers. In the wild they are not cute and smooth, are in fact supreme predators and could be apathetic to humans in distress. Bottlenose dolphins are also known to commit infanticide (killing other calves) to bring the female dolphin to estrus (heat) for mating purposes and there are instances of calves washed up on the shores with injuries. The male dolphins are also reported to form coalitions with other dolphins to chase, sequester and corral female dolphins either for mating or preventing them from mating with other males.

The purpose of stating the above is to understand that aggression is common in the most seemingly affable of dolphins and by any yardstick it is fallacious to believe that wild dolphins are friendly. So what makes these aggressive mammals behave in such a benign co-operative manner inside an exhibitionist pool arena? 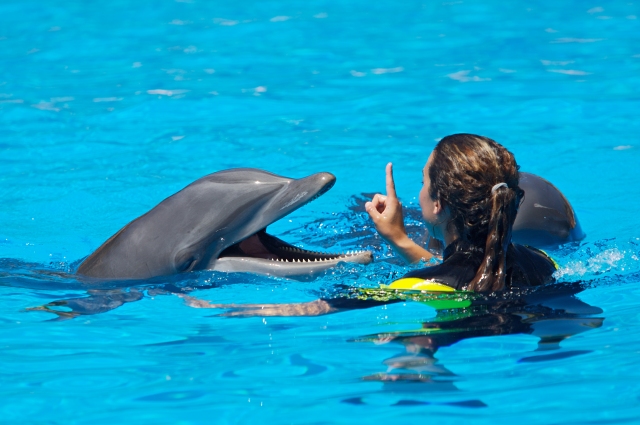 Dolphins are trained with a system of positive reinforcement through operant conditioning i.e. breaking down the steps of each behavior that trainers desire them to perform. It is the taming process. Each step is reciprocated with a whistle and reward and the bar is set higher so that the dolphin is not enervated or bored with repetitive tasks. In the eventuality that the  dolphin doesn’t perform a desired behavior the trainer remains silent for a while leaving the dolphin to wonder at its behavior and lack of reward. Dolphins aren’t punished for incorrect behavior, they are momentarily deprived of a positive reinforcement hence this acts like a powerful impetus to produce desired behavior. Is this an all-encompassing logic, can all aggressive animals be tamed and domesticated. 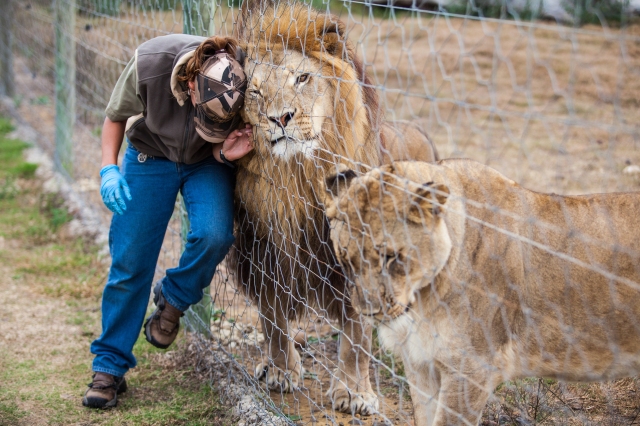 What about lions, one of the fiercest predators? Check out this remarkable YouTube link of ‘Christian the lion’ and note the affection rendered by this lion on humans and in spite of a year’s separation and return to the wild how upon effecting a reunion the lion still retained the memory and affection.

Technically it is possible to train, perhaps not all animals but to a great extent many but such a domestication endeavour takes dedication, effort, time, money and sustained training however the emphasis is that it is possible. Just like dolphins are seasoned and weathered in a controlled environment and  fiercest and aggressive lions can be tamed so can leaders (or take any profession and skill) be trained after all we are humans with better thinking capacity than animals hence we can distill a statement that ‘Leadership is not an innate trait’ but it needs remarkable levels of assiduity from a firm. Yes there are aspects which are innate for instance a natural singing voice, huge frame for Sumo wrestling or rugby, height for basketball, genetic disposition and tolerance to extreme localized weather that aids certain skills or sports dexterity etc. but most of the other skills can be learnt in this world.

How do you explain Proctor and Gamble relying on 95% of their internal staff for promotions and very little lateral recruiting done. Their system develops leaders, nurtures, nourishes, breeds, and provides developmental subsistence and impetus. Why they do it with such a cinch because leadership development is one amongst their long-term value laden objectives and they uncompromisingly stand guard at its aperture.

The above examples of aggressive dolphins and ferocious lions being domesticated should squash any resurgence in the argument that certain traits such as aggression, dominating personality, sensitivity to others, assertiveness, humility etc. are natural traits and one cannot change one’s primal disposition. With cognitive awareness, reconstruction, anger exploration and by delineating strands of any behaviour it is possible to change it. A dominant dispositional stance over time if unaddressed can lead to chronic aggression. Such dominating personality may perhaps be needed in certain situations say for instance ward off hostile take over attempts by corporate predators, turning around a non performing asset or unit, fostering hiring & firing culture to prevent organizational lethargy, to ward off business crisis in the market etc. but once the vector of threat dissolves, in today’s people-centric and team oriented business arena, it is always prudent to adopt a more inspirited leadership approach.

Psychometric profiling tools such as Myers Briggs and DISC do work towards deciphering the predominant dispositional stance in managerial talent such as Dominance, Influencing, Introversion, Sensing, Thinking, Judgment, Perception, Compliance and so forth and its myriad intertwined combinations and to a reasonable extent there is a rationale supporting it, however behavior can be altered drastically by heightening cognitive awareness through coaching, neuro-linguistic scripting, hypnotherapy as well as through CBT, psychodynamic, existential and humanistic approaches of psychotherapy and other methods.

Calamitous situation in average people’s life has made the most indolent and reticent amongst people hunt for jobs and forage for provisions. Intense exposure to dread and terror has made strong people incapacitated leading to suicide as well as made others alter their behavior in search of a higher meaning and worth and Dr. Viktor Frankl’s experience at the concentration camp Auschwitz bears testimony to this aspect. If people can change their fundamental behavior and attitude under such extreme situations, in essence it is possible to change hence this argument itself must supplement the veracity of our construct that ‘Leadership can be a learned behaviour’  however  one need not subject oneself to extreme situations to effect this change. Companies can adopt a more irenic and planned environment to engender leadership behaviour and top organization’s coaching and development programs are inextricably linked to this objective. 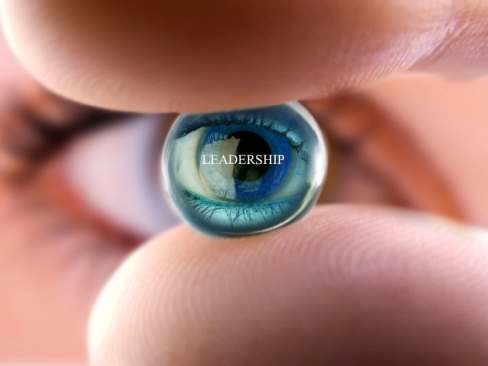 Leadership if sub-componentised into its base constituents, brackets itself into a few of the aspects below. These are not exhaustive ones but sure are indicative of a few traits needed to succeed as a good leader:

Upon granular examination of these parameters it is easy to infer that each of the above are aspects that can be learnt with systematic training, coaching and an intrinsic desire in the person to effect a change within himself/ herself. Just take one attribute say ‘Dominating’ leadership style. This dispositional stance could be owed to multiplicity of reasons; perhaps a genuine intolerance towards organizational procrastination, disinclination and overall languishing efficiency standards inside the firm. In such situations a dominant leader is needed to sanitize and plug such anomalies but after such a task the leader needs to be coached to adopt a style that, in modern context, is more conciliatory, motivating and carries the team towards the common vision.

Dominance could have other derogatory connotations, it could be a damaged self-esteem compensating as aggression or it may be a narcissistic disposition from formative years, perhaps insensate to others needs or it could also be an artificial embrace of aggressive attribute to mirror superior’s style and trait thereby registering conformance. The kernel of our discussion is that any of these attributes is merely a sum total of one’s conditioning and can be undone with behavioural reconstruction. Similarly with operant conditioning other attributes such as emotional intelligence, self-awareness, personality, market sagacious skills etc. can be learned and refined.

THE CHANGING YARDSTICK OF LEADERSHIP ASSESSMENT: 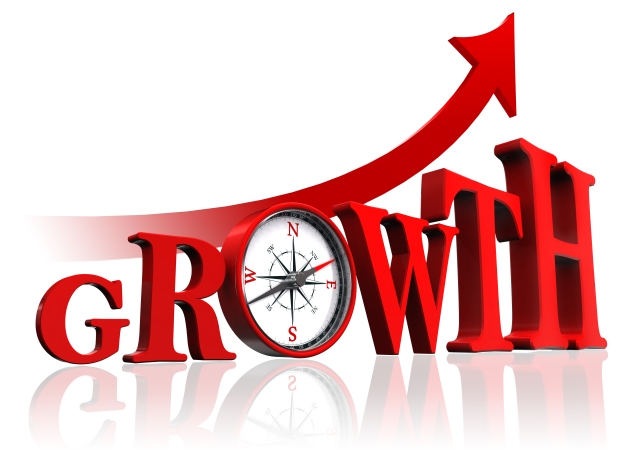 The very concept of leadership itself is mutating. 18 % YoY growth was once considered great. Consistent dividends, performance bonus, business line expansions, quality, brand all these aspects had higher emphasis for a leader. This has now changed and present day matrices such as ROI, Free cash flow, stock price acceleration, number of patents (Google’s interest in buying Motorola was predominantly due to their patents), corporate governance, innovative quotient of a firm, employee attrition control, contribution to society, environment basically so many newer aspects have emerged hence leadership imperatives have intensified. Apart from this the digital arena offers an altogether different challenge.

If one calibrates leadership from today’s parameters, many of the erstwhile behemoth’s that were yesterday’s leaders would fall off the charts. So what does the leader do, he plunges into these newer requisites, embraces it, seeks an exhaustive drip feed of information, engenders team consonance and ardently  works towards learning these. As long as the market keeps innovating the leader is required to do so or to rephrase it ‘As long as leaders are innovative, the market will see exciting innovation’. These newer emerging matrices for leadership calibration negates the hypothesis that leaders are born, how else does one explain the mutation of skills in today’s business set up and its fervent embrace by leaders with systematic and deliberate training & coaching.

Leadership therefore is a taught trait under operant conditioning and addressing each of the constituent attributes listed above is the crux. Take any past leaders who attained eminence and it would appear as if they were born with the trait but dig deeper into their circumstances and it will reveal that operant conditioning existed perhaps not in an organized or deliberate fashion but in some sociocultural form from where the leader consciously as well as unconsciously picked up cues that augmented his personality. The basal idea in this blog is not to indecorously equate human training and conditioning with less intellectually sapient animals rather the rationale here is that most skills can be reinforced provided awareness is invoked and with immersion, training, coaching, mentoring and grooming it is possible to imbibe any skill. A step-by-step approach of re-sculpting leadership is possible but the organization must have the long-term vision of nurturing such a succession plan for generating endogenous leaders. 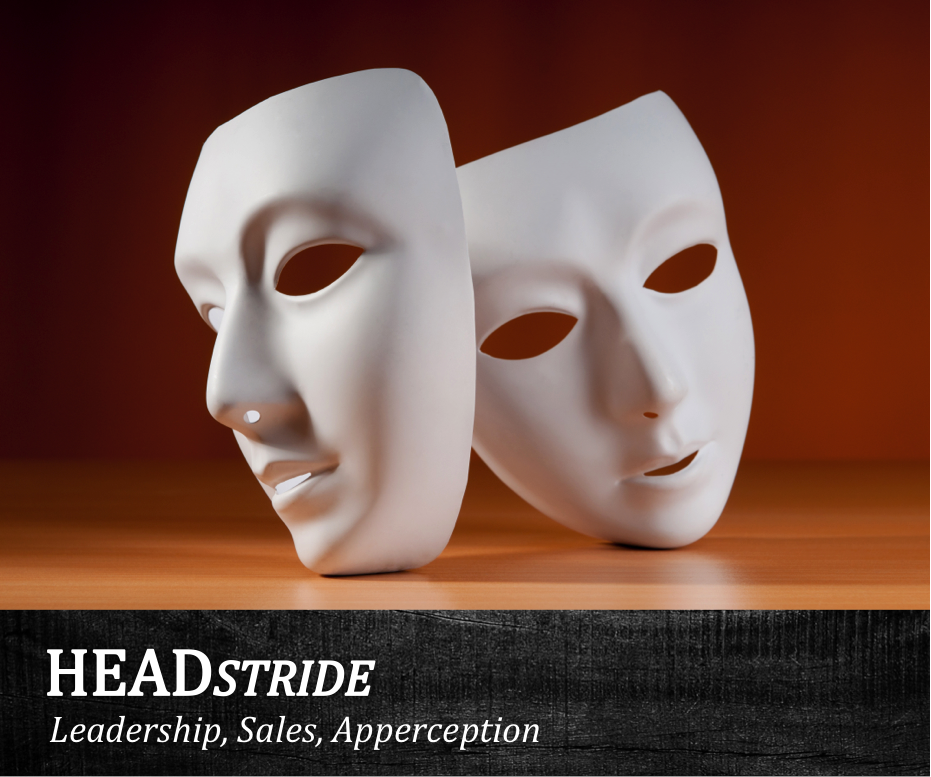 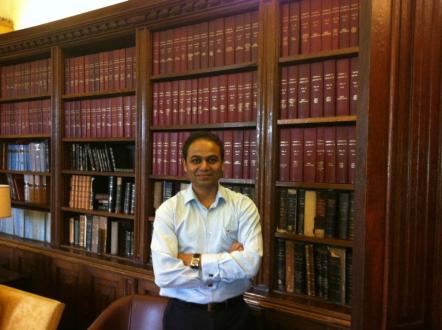 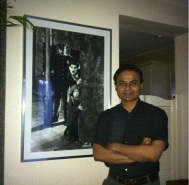 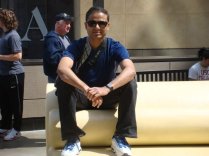 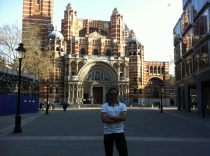 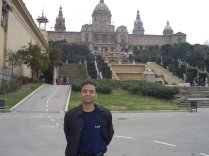