HOW CURIOUS ARE WE?

An inquiring mind is a pre-requisite for learning. Curiosity, inquisitiveness and investigation, are attributes needed to make deeper forays into any subject matter be it academic, professional, sports or any other social field. Snooping and prying are also applications of curiosity but it takes extra energy to keep oneself clandestine in the process besides it is a disreputable practice unless one is in the spying business or a detective. Organizations do have their own overtones of snooping and prying to secure competitive information. They call it healthy and legitimate curiosity and this is fair but the methods used to secure this information is sometimes suspect. Drawing insightful conclusions from seemingly insignificant cues and observations were, in essence, the supreme traits of Sherlock Holmes. Of course he had the keen discerning abilities augmented with astute logic and ingenious reconstruction of events but these aspects stem from the basic instinct, curiosity.

Internet, iPads, television, radio, books, events, new experiences, new places to visit, a skiing sensation, cruise lines holiday, Disney Land, movies, board games, new toys, exciting food, Sudoku, various wonders of the world, video games, new relationships basically the list is endless. All these are capable of invoking our curiosity and we do pay a great deal for these. Apart from basic needs of food, water, shelter, clothes and love we seem to invent products/services that service our curiosity. Here are a few countries annual curiosity spending. US spends $ 18 billion on it, Russia $ 7.7 Billion, Europe $ 5.5, France $ 2.5 Billion, Japan $ 2.4 Billion , Germany $ 2 Billion, Italy $ 1.8 Billion, China $ 1.3 Billion, India $ 1.1 Billion and Canada $ 488 Million. They call it space exploration and indeed it is a quintessential example of our bountiful curiosity.

Curiosity seems to be an innate characteristic not just in humans but also in apes, cats, rodents, birds, squid and many other species. As children, it is at heightened usage and why not, the remarkable world unravels to their consciousness and everything seems to be novel for them but over a period of time some people altogether stop being curious. The ability to become curious hasn’t vanished, it just lies latent either due to depression, anxiety, fatalistic view, distress and other debilitating conditions or pure boredom sets in.

WHAT DOES CURIOSITY DO TO US?

Being curious is a remarkable trait. It makes us delightfully inventive, conspires to change our status quo and makes us yearn for adventure. It makes learning possible, an understanding of how things work; it expands our knowledge and provides some gusto, stimulation and variance in our daily existence. A combination of pronouns and adverbs such as Who, What, How, Why, Where etc. unscrambles the world to us. As George Bernard Shaw puts it ‘The reasonable man adapts himself to the world; the unreasonable one persists in trying to adapt the world to himself. Therefore all progress depends on the unreasonable man.’ The unreasonable man is not satisfied with the darkness, heat, cold, walking for long distances in search of food and water, sitting idle in one place hence he invented electricity, air conditioners, radiators, aero planes, locomotives, cars, television, mobile phones, entertainment, sports and so forth to make the world adapt to his needs. How did he do all this; by an exquisite tap of his curiosity quotient. 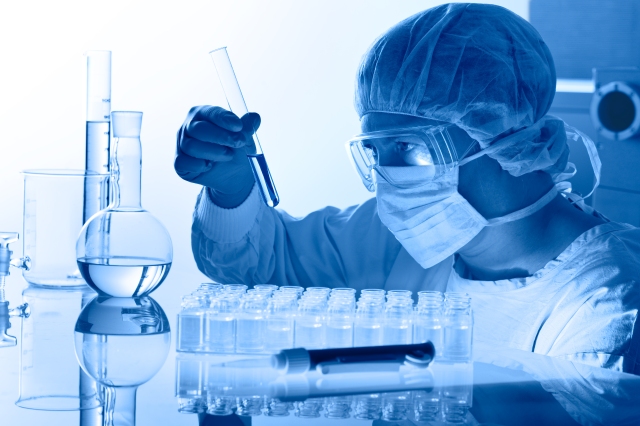 Science is about curiosity, persistence, thinking, discipline and application of mind. Human beings used to adapt to computers a couple of decades back with people having to learn sophisticated commands to communicate with the machine. Apple perpetuated a revolution with the central theme, which is ‘humans will stop adapting to machines and instead machines will learn to adapt to human beings.’ The way we pinch, scroll, take photos, voice controlled text capture etc. on the mobile phone, the touch pads on laptops, touch screens tablets and other techniques have brought ease in maneuverability in our communication with devices. Immeasurable curiosity and the will to experiment make these happen.

WHAT HAPPENS TO OUR SENSE OF CURIOSITY

Curiosity keeps us alive, effervescent and instills a desire for adventure in us yet there are many people who subject themselves to a repetitive pattern. Not all repetition is derogatory. Repetition and consistency is an important component of learning. Driving, cycling, swimming, dancing, music all these rely on repetition after all the technique has to be etched into memory for one to perform any of these tasks with finesse and consistency. With repetition the technique is brought to conscious mind. Roger Federer’s training regime includes several jogging steps, medicine ball toss, non-racket drills, cone drill, exercise bands, stiff trampoline volleys and other weight room aspects. Within the professional crucible of Federer, lies ‘conditioning through repetition’ from the age of 8.

Children who are unable to perform repetitive tasks from the skills instructions that they receive, learn slower in comparison to other children. Though ‘learning through repetition’ is difficult for children on the autistic spectrum, curiously they have a proclivity for a daily repetitive ritual. Dustin Hoffman (Raymond) in the 1988 Oscar winning movie Rain Man has depicted this brilliantly. He needs to have certain rituals of his daily life exactly the way he is used to such as the need to have 12 cheese balls, tartar control toothpaste and watch his favourite TV program ‘The People’s Court’ which he refers to as Wapner (the insistent utterance of the line ‘4 minutes to Wapner’).

Repetition in autistic people is understandable but why do a vast majority of others consign their respective life to observance of the same rituals every day? They do the same job for years, meet the same people, take the same train, same route, wear similar dresses, indulge in same holiday patterns, watch the same television programs, dine at same restaurants, hobnob with same friends, and network in same communities. They bear-hugged curiosity during their younger days but as people grow older they seem to abandon this remarkable attribute and embrace a habitual pattern. Healthy habits such as exercise, diet, sleep, sex, nurturing relationship with people, humour, love, philanthropy and so forth is not the contentious aspect of the above construct . These are good to have habits and patterns but it is the negative patterns such as lack of curiosity, losing the sense of adventure and disposition to a dreary, monotonous and unvaried life that ties us up in knots.

Infants are born curious. Adults asphyxiate their curiosity with systematic conditioning. As children we were so assiduously probing and questioning but why is there an attenuation of our curiosity as we grow older? We get acclimatized to a pattern of being, a kind of comfort, getting used to a non-disruptive life and confinement within habits and responsibilities. It is also about the people we move with, the firm we work for, attitude towards a  leap of faith, motivation, inspiration and action tendencies as all these coalesce as effective vectors that provide a sort of momentum and progress in life which concomitantly trigger one’s curiosity to know and pursue something more exciting. As Mario Testino puts it, ‘My favourite words are possibilities, opportunity and curiosity. I think if you are curious, you create opportunities, and then if you open the doors, you create possibilities.’

If curiosity was an innate attribute like laughter then we automatically would have preserved  it throughout life hence there would be no question of losing it but curiosity, like empathy and shame, need to be taught, instilled and conserved. Einstein’s says, ‘It is a miracle that curiosity survives formal education.’ As an expansion to this quote, it is interesting to perceive that our education system in a way indoctrinates students into essentials that are needed to pass examinations as against a style of teaching that must instead, invoke our natural curiosity and make the student pursue the subject in depth and from a research intensive perspective. Firms such as Apple, Alibaba, Google, 3M and hordes of other firms, create this environment where curiosity flourishes in admirable fervency. From a leadership standpoint, firms begetting such a reasoning and habitat for its employees, must become an inescapable imperative.

Methods of ‘information accessibility’ has a lot to do with preserving curiosity. In the olden times it used to be newspapers, games, books, television and talking to people that formed the information conduit. It used to be slow and laborious. These days the internet/ digital media and easy availability of video clippings has changed our learning pattern. It has reduced the information access latency. If one wants to know how it works or what exists or what is happening, just a touch on the device is enough to whip up the relevant information. This is of momentous significance and a nice platform to have as it renders a catalytic impetus to people remaining curious. It has opened an aperture of innumerable careers that one can pursue. In a way curiosity spawns choices and freedom.

We as human beings are capable of wonders in our environment from myriad aspects; technological, philosophical, psychological, humanitarian and social standpoint. All these depend upon our curiosity quotient, the level of curiosity we have about understanding the other person, science, society, community and the world around us. For this it is important for us to dissociate from our melancholic undertows in case we have acquired it as a behavioural disposition and instead epitomize the idea of remaining curious ourselves as well as engender this behaviour in the generation who are influenced by us. As one gets beneath the sheathed layers of our psyche and personality make up, there are innumerable aspects that goes to scaffold a positive mental attitude however maintaining an inexhaustible curiosity is equally important both personally as well as from a professional standpoint. Let us not blunt the tools that we are endowed with, on the contrary, let us sharpen its acuity.

← AUTHORING THE ACTION SCRIPT
ARE WE PLEDGED TO LAUGHTER? →